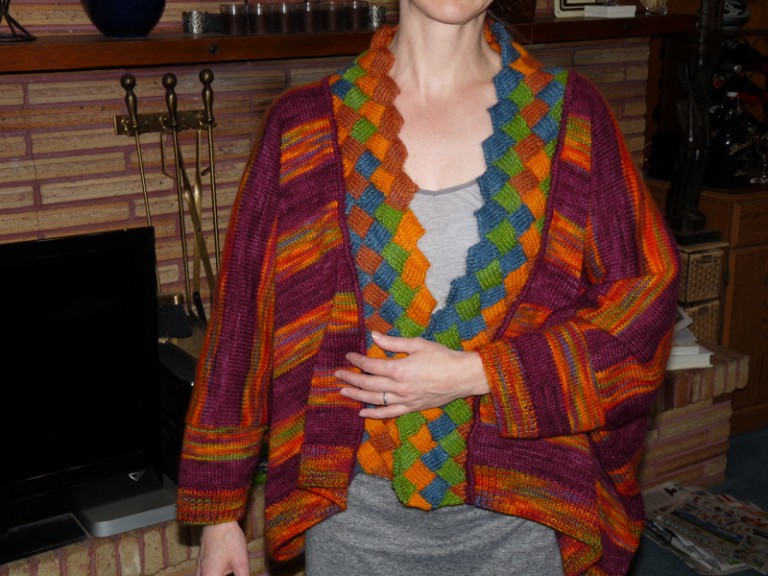 Having just knit a sweater with a “soft-to-your-skin” blend of Mountain Colors’ hand-dyed wool, I can’t help but consider the joys found in creating by hand. The tactile joy for the creator, and I hope for the wearer, can’t be surpassed.

It is “made by hand” in the purest sense.

But wait, The Oxford English Dictionary points out a strange twist in etymology. “By hand” is derived from the Medieval Latin manus for hand, while “made” comes from the Latin word to make, or facere. The two root words together form manus+facere, strangely close to our word manufacture.

Lord Bacon in the early 1600’s equated God’s creation of the world to a divine act of manufacture. However, by 1835, the thinkers of the time, fueled by the Industrial Revolution, concluded, “The most perfect manufacture is that which dispenses entirely with manual labour.”

Later in the1800’s, writers like Carlyle and Ruskin had begun to apply the word to any endeavor that was purely mechanical in nature and required no intellectual endeavor. From there it was a very short hop to the use of manufacture in terms of anything “fraudulently invented” and to our present day, often depreciatory use of the word manufacturer to be a person who merely employs workers making thousands of widgets in a factory.

It is interesting to note that in a recent economic development call for proposals, manufacturers are eligible, but artists aren’t mentioned. Is that because they don’t make widgets…or are they too close to the divine?

“Ah…the tangled web we weave”…or in this case knit.

Welcome to
Next Year Country

Signup to join the multitudes of people who are using place to improve their lives and the livelihood of their community. Stay linked in to the latest goings on with E.L. Kittredge in Next Year Country.

Thank you for subscribing.

Just take me to the site.